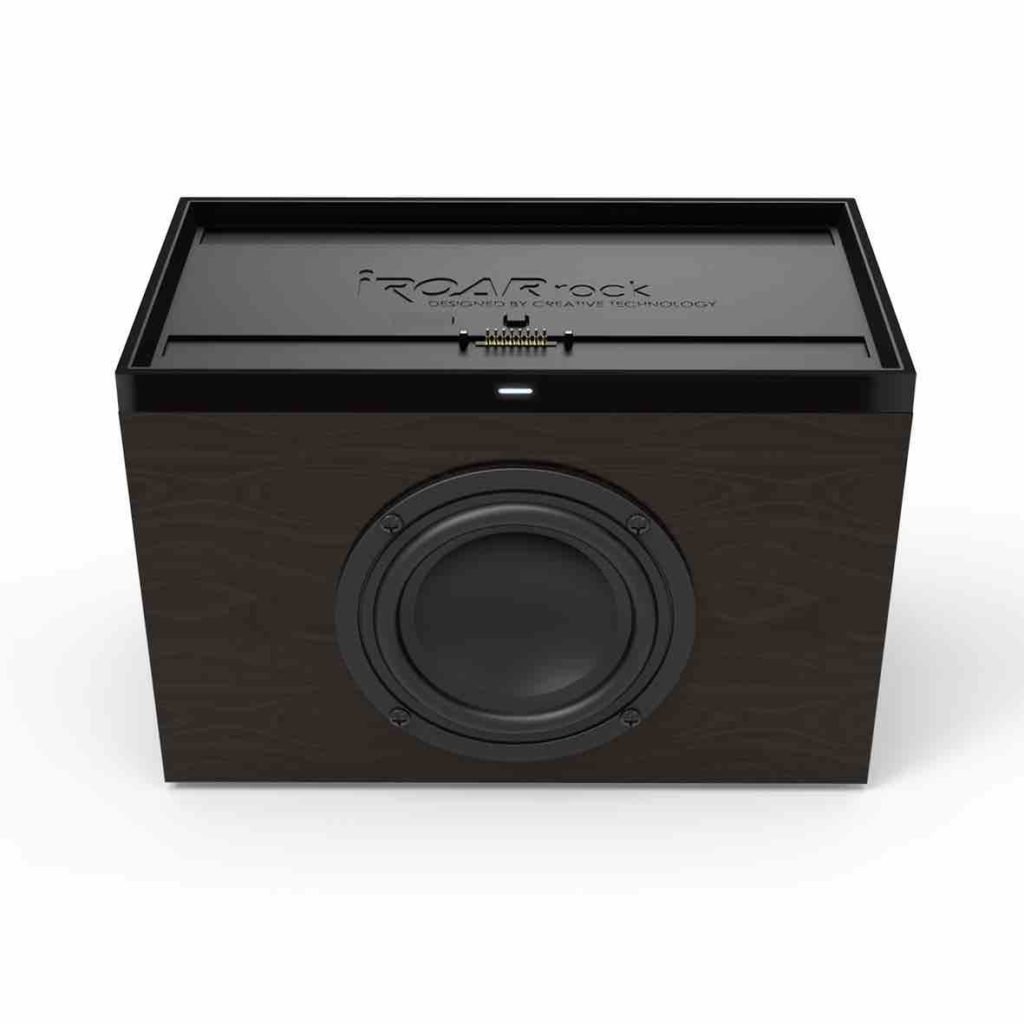 The new Creative Aurvana ANC is a high-performance headset designed for urban travelers. The headphone comes with a durable braided audio cable with inline microphone for music controls and phone calls. The Aurvana ANC utilizes specially designed built-in microphones embedded in both earcups to dynamically monitor the levels of external ambient noise entering the ear. The headphone then intelligently cancels out the external environmental noise so users enjoy only the desired audio coming from the headphone. 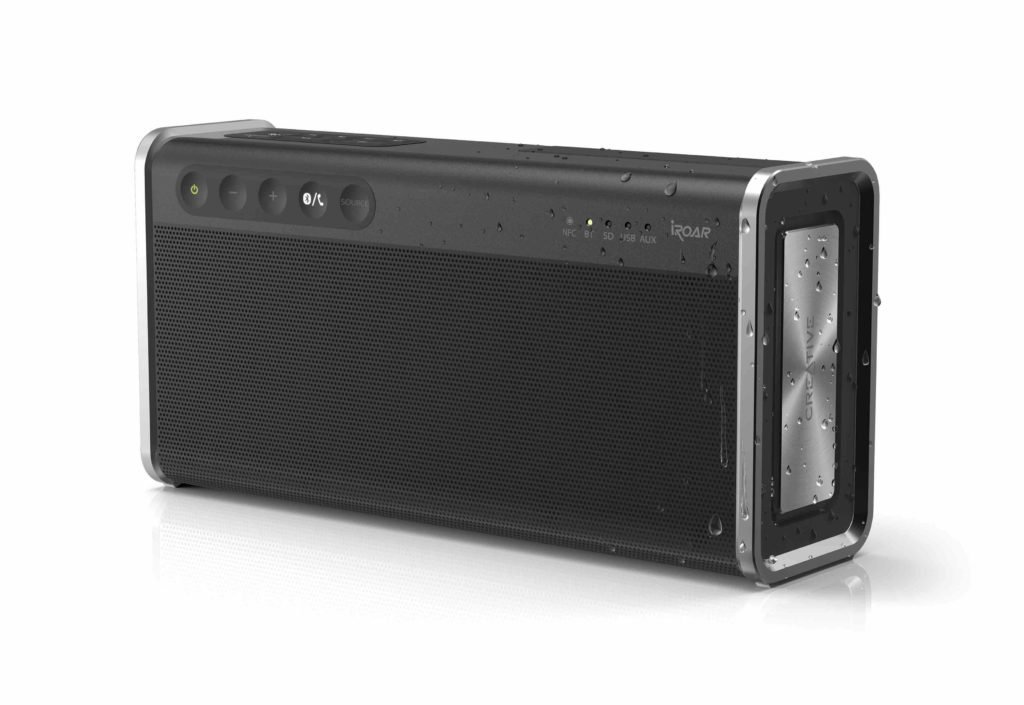 Creative also announced the Muvo 2 Series of splashproof/dustproof (IP66-rated) speakers and the more compact palm-sized Muvo 2c speakers. These speakers are designed to provide today’s smartphone and tablet users with a small but powerful Bluetooth speaker solution that they can take with them just about anywhere—the Muvo 2 series is waterproof and even dustproof. The Creative Muvo 2 and 2c also allows users to connect a second speaker wirelessly for an even wider sound stage. 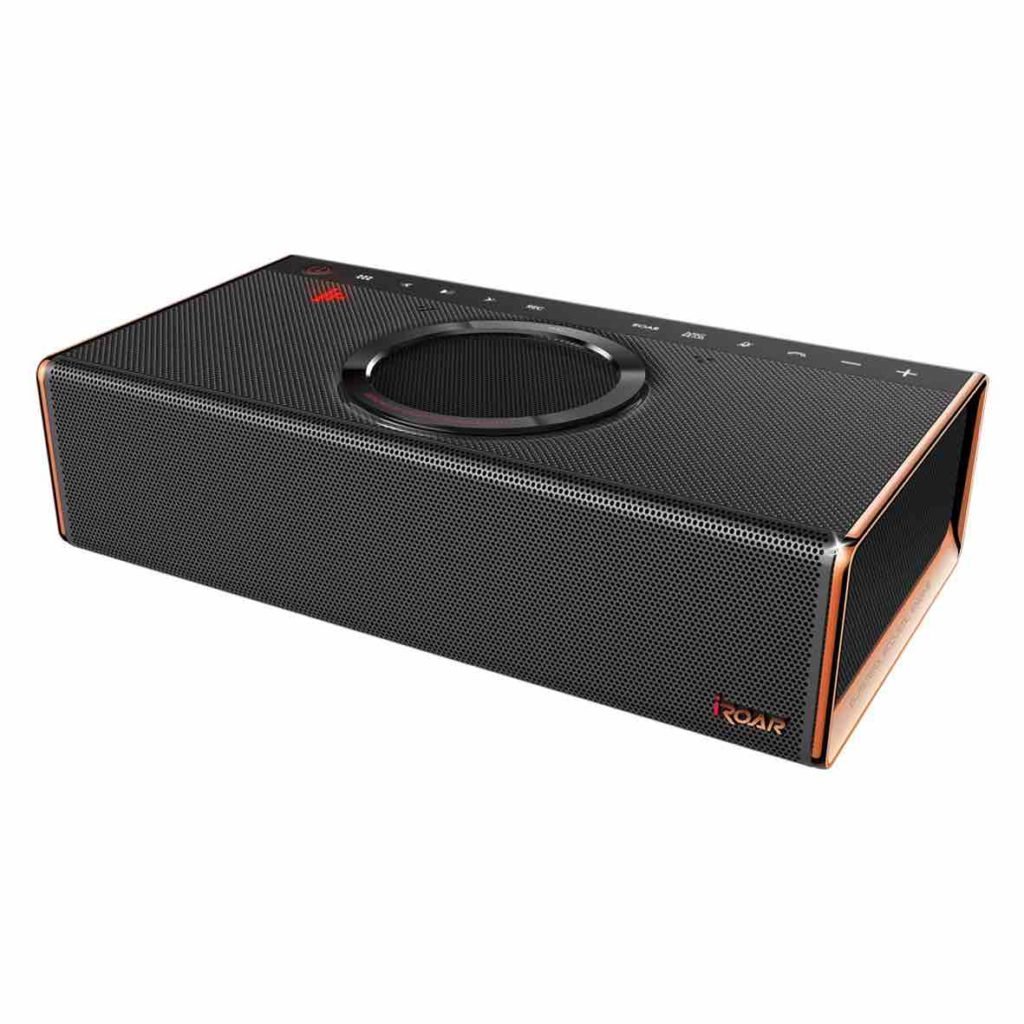 Creative’s new Nuno Series of designer lifestyle portable Bluetooth speakers are made using a special fabric material. The series comprises of the compact Creative Nuno and the even more compact palm-sized Nuno Micro.

The company’s new iRoar Go features 2 high-performance amplifiers – one dedicated to driving lows and mids, another solely for delivering highs – they produce clear, spacious, well-balanced audio without compromising on the bass. As a result, the iRoar Go is able to deliver powerful room-filling audio that is not sweet-spot dependant. Users can even choose between placing the speaker horizontally for room-filling and balanced audio, or vertically for louder and more directed audio. The Creative iRoar Intelligent Portable Bluetooth Speaker System is a compact multipurpose iRoar that represents the next step in the evolution of portable speakers. It features good audio performance, expandability, intelligent audio processing, personalization and a collaborative open platform that allows for value-added third-party add-ons such as the iRoar Mic and the iRoar Rock Subwoofer. And, it is twice as powerful as the original Sound Blaster Roar and has a huge 20-hour battery life. 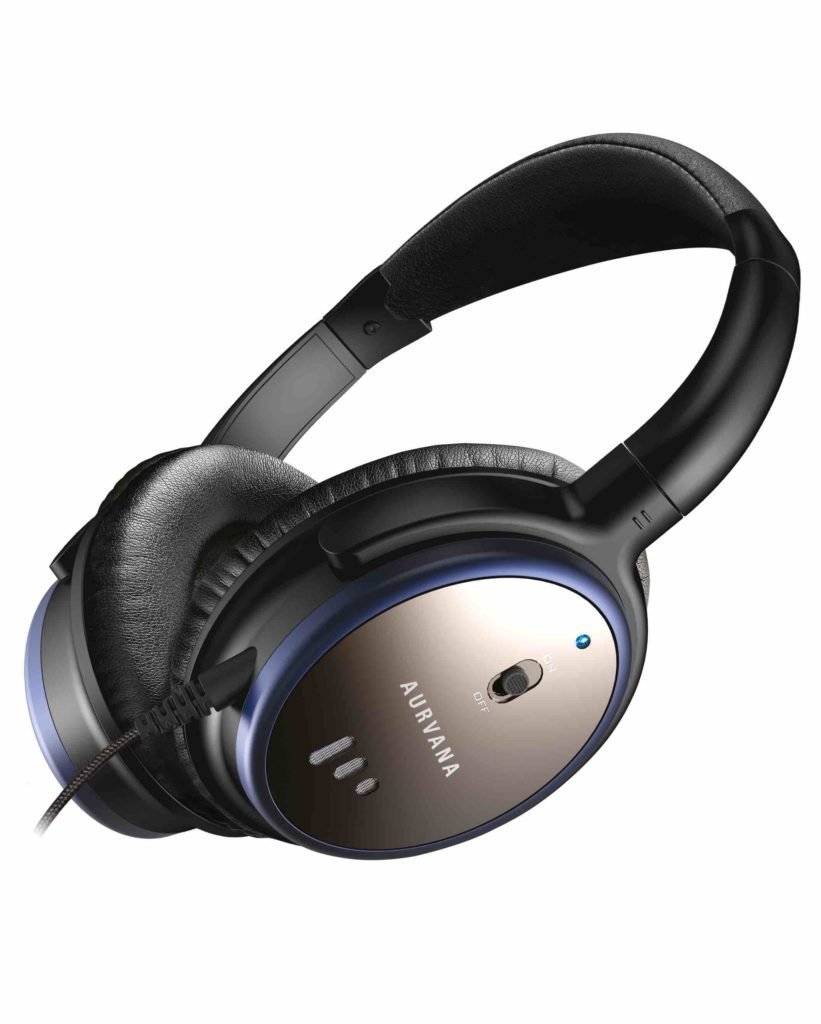 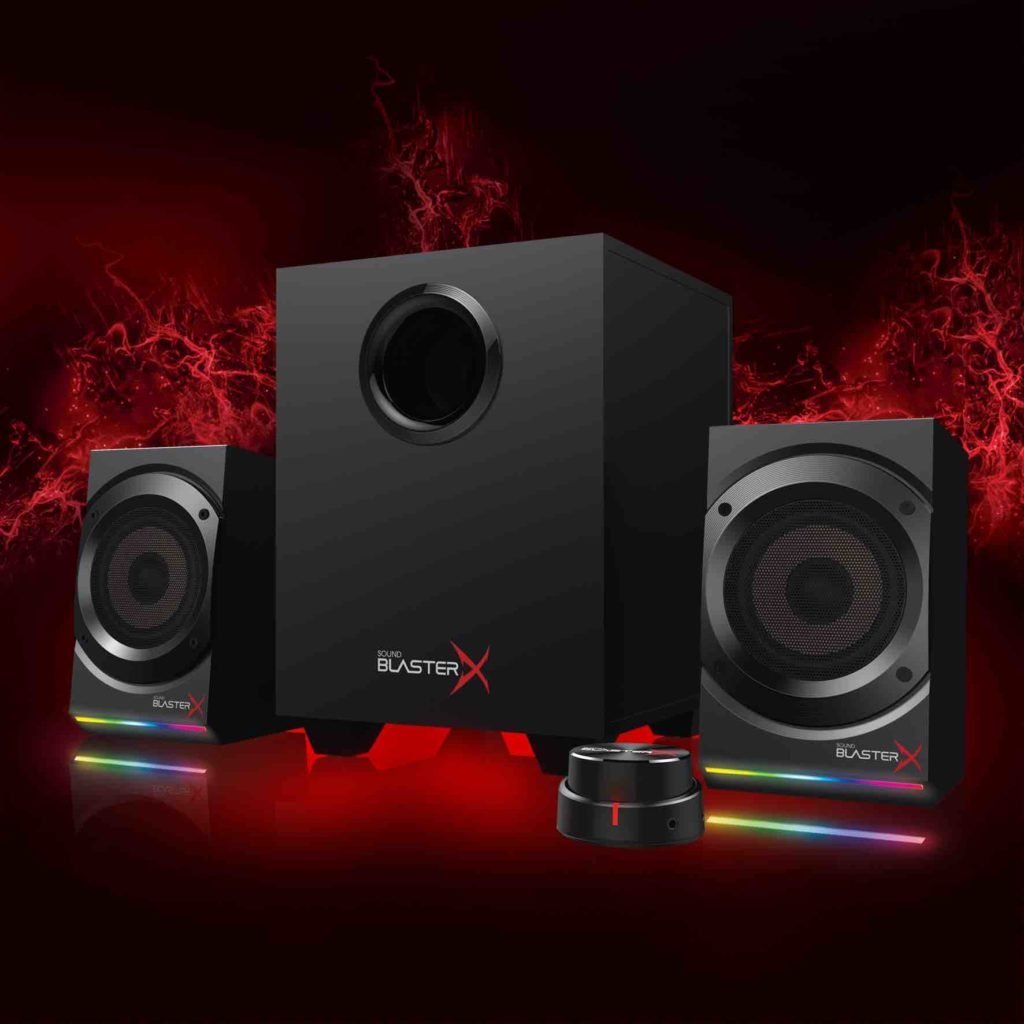 The Creative Outlier Sports is specially engineered and acoustically tuned to deliver clear detailed audio with powerful bass.  The high-performance sweatproof Bluetooth headphones personify the ideal headphone audio experience for the active lifestyle enthusiast who draws inspiration from music while free from wires.

The Creative SB Blaze Performance Gaming Headset is made for the serious gamer. It delivers an amazing level of power, precision and comfort for its price point. Fans of its predecessor, the Creative Fatal1ty Gaming Headset, will welcome the fact that the new headset meets the same design and audio standards, but is now available in an edgier military matte black finish. 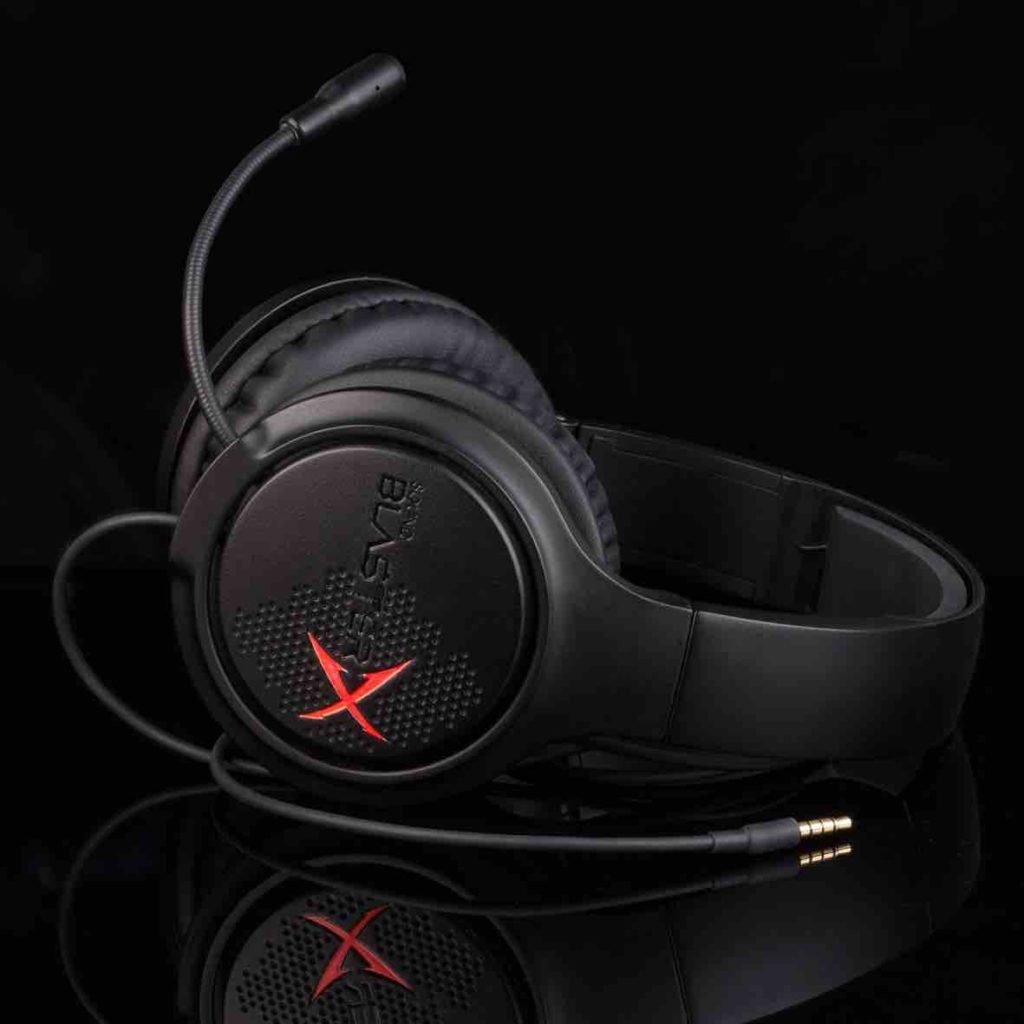 The Sound BlasterX Katana is, according to Creative, the world’s first Under-Monitor Audio System that comes with Creative’s most powerful multi-core audio DSP. This doubles as a high-end Sound Blaster sound card/DAC that projects 24-bit high-resolution audio for lossless, crystal-clear and impressive room-filling sound. 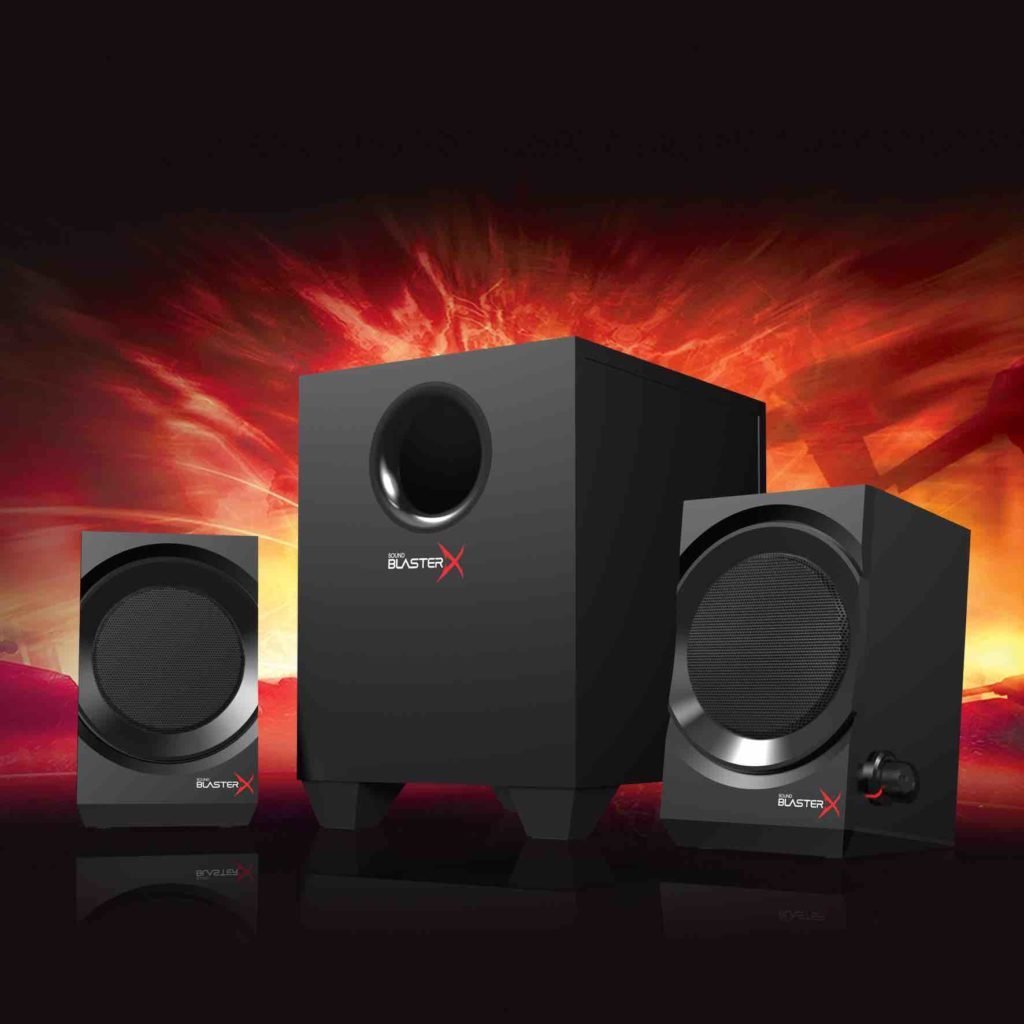 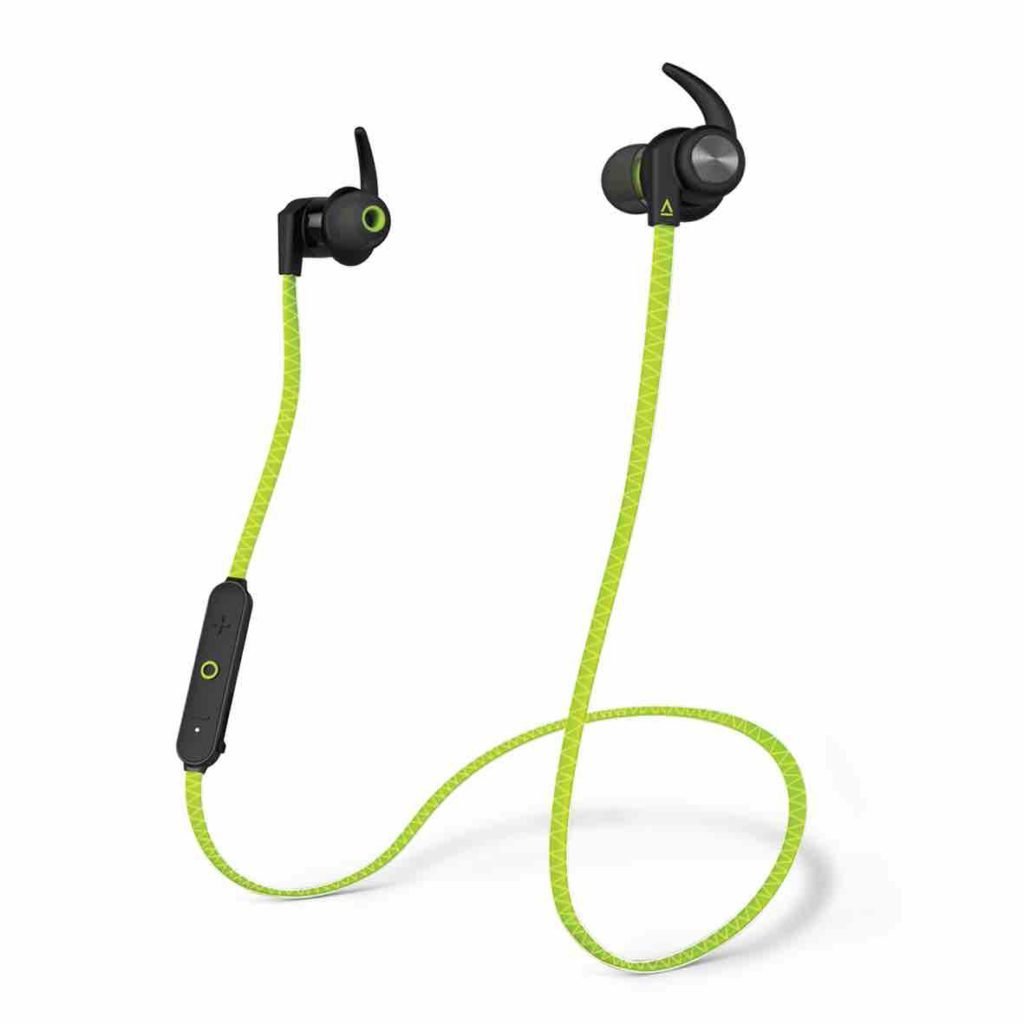 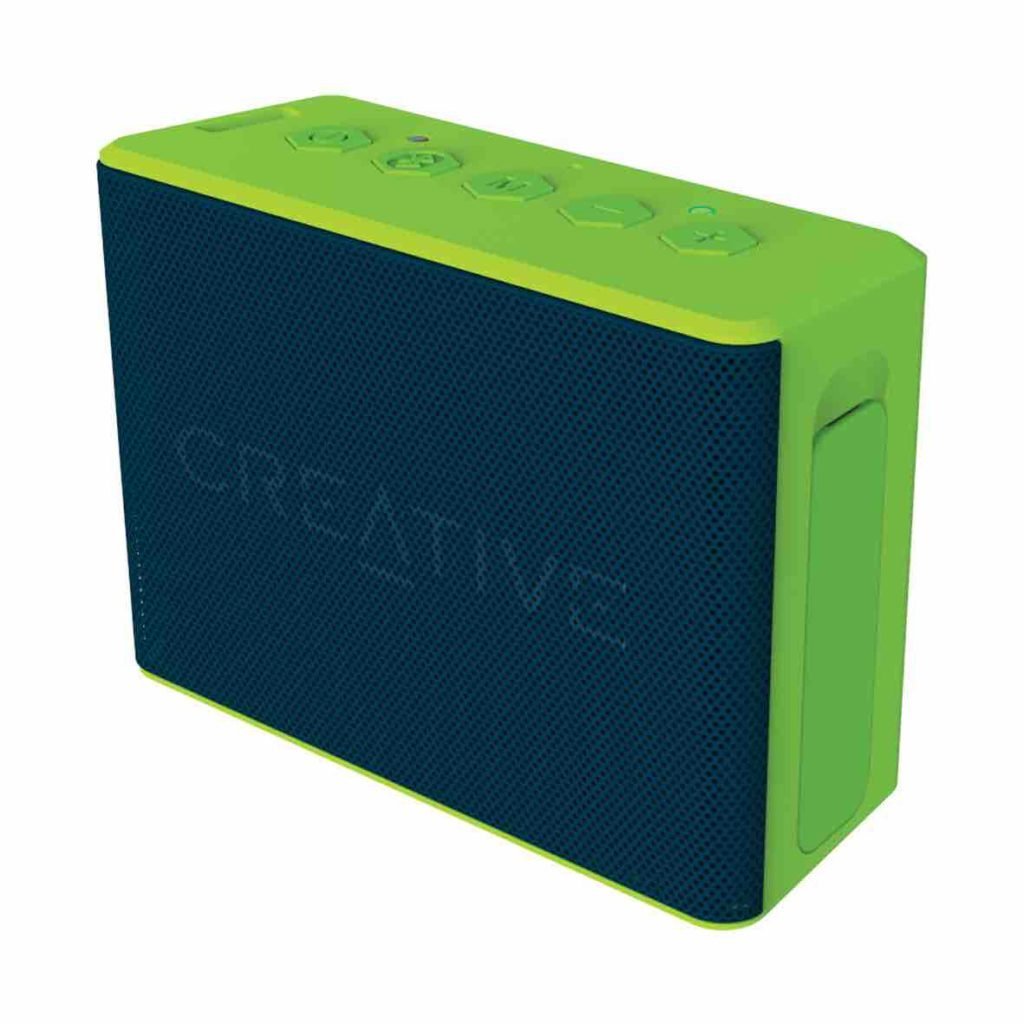 Stay tuned for a review of all these devices!

CORSAIR has today launched a compelling new addition to its gaming headset lineup: the HS55 WIRELESS CORE. This stylish headset boasts two ways to connect to your audio via low-latency 2.4GHz wireless or Bluetooth. Thanks to its lightweight construction along with plush memory foam ear pads, the HS55 WIRELESS CORE delivers essential all-day comfort and great wireless sound.

The HS55 WIRELESS CORE offers superb versatility to connect to a plethora of devices, including PC, Mac, or PS5 with low-latency 2.4GHz wireless and a strong, unwavering wireless signal with up to 50ft of range. In addition, Bluetooth enables you to listen on tablets, mobile devices, and more with ease. Thanks to 24-hour battery life, you can enjoy all your game audio, music, and media untethered from cords, and fast charging allows 6 hours of playback with just 15 minutes of charging.

The lightweight HS55 WIRELESS CORE is perfect for all-day, all-night audio. Leatherette memory foam ear pads surround you in plush comfort, and an adjustable headband lies easy on your head for hours of cushioned listening. On-ear audio controls place volume, mute, sidetone, and EQ preset adjustments at your fingertips, so you can fine-tune your headset without interrupting your game.

The HS55 WIRELESS CORE delivers the crucial incoming and outgoing audio performance gamers need to communicate effectively. A pair of high-quality, custom-tuned 50mm neodymium audio drivers create excellent sound with the range to hear everything on the battlefield, including support for Tempest 3D Audio on PS5. Confidently direct your team with an omnidirectional microphone that captures your voice loud and clear, or flip the mic up to mute yourself instantly.

The CORSAIR HS55 WIRELESS CORE gaming headset is backed by a two-year warranty, alongside the CORSAIR worldwide customer service and technical support network.

Logitech has launched two new product series, Brio 500 webcams and Zone Vibe headphones, designed to meet the evolving needs of hybrid workers. A recent study showed more than 89% of work-from-home adults struggle with unflattering camera angles, poor lighting conditions, and field-of-view limitations when using a built-in laptop camera. Brio 500 webcams and Zone Vibe headphones address the challenges users face when working from home, while modernizing work and play experiences. Both make it easier for IT managers to equip their organizations’ remote and hybrid workforces in an environmentally sustainable way.

Brio 500 Webcams
Created for those who want enterprise-grade audio and video quality, personalization, and more engaging experiences on video calls, Brio 500 series (Brio 500 and Brio 505) is a new class of webcams that solve the most common video conferencing challenges. Brio 500 series introduces the Show Mode feature that makes it easy to share sketches or other physical objects on the desk. With an innovative mounting system and a built-in sensor that allows users to tilt the camera down to focus on objects, Brio automatically flips the image to render the correct orientation into video calls.

Stylish design and fashionable colors–graphite, off-white, and rose–give individuals the freedom to customize their workstations to suit their personality and taste. RightSight technology (enabled through Logi Tune) automatically frames the user, even when moving around, while built-in innovations like RightLight 4 automatically correct substandard lighting.

IT Management
For IT teams outfitting employee workstations and home offices, the Brio series is plug-and-play, compatible with most video conferencing platforms, and certified for Microsoft Teams, Google Meet, and Zoom. Logitech Sync integration with Brio 505 allows IT admins to update firmware and troubleshoot problems so hybrid teams can collaborate without missing a beat.

Zone Vibe Wireless presents the opportunity to offer employees enterprise-grade audio that’s easy to use and looks stylish for multiple types of users so they no longer have to trade “looking good” for “sounding good.” And because of compatibility with video conferencing platforms and the ability to push updates through Logi Tune and Logitech Sync, IT has fewer hassles and help desk tickets to manage.

Logitech’s new webcams and headphones help workers thrive in today’s hybrid era—professional enough for the office, perfect for working from home while making it easier for IT teams to help users perform at their best and do right by our planet.

Sustainability
Brio 500 series and Zone Vibe headphones are certified carbon neutral, which means the carbon impact of the products has been reduced to zero due to Logitech’s investment in carbon offsetting and removal projects. The plastic parts in Brio 500 include certified post-consumer recycled plastic: 68% for graphite and black and 54% for off-white and rose. Zone Vibe is made with a minimum of 25% recycled plastic. ​Both product families are packaged in the paper that comes from FSC-certified forests and other controlled sources.