A new emoji app that captures Arab and Khaleeji lifestyle has been launched in the UAE. Called HALLA WALLA, the new keyboard emoji and sticker app is derived from the saying which roughly translates to ‘what’s up’. “The  app pursues the many glimpses of our culture that we know and love, translating them into the tech age through relatable characters, nostalgic themes and playful GIFs,” said the company in a statement. 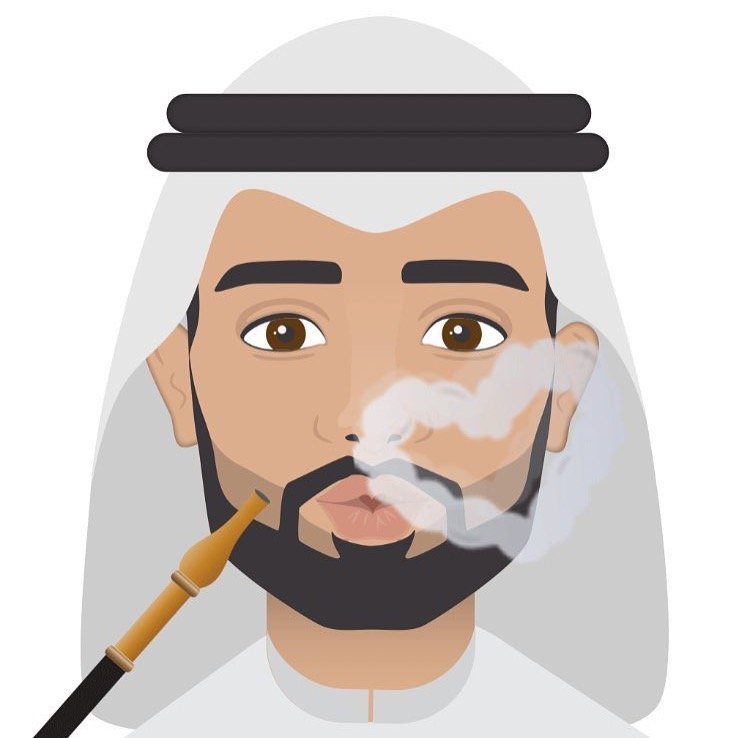 “We wanted to create something that we know well and give the Khaleeji culture a boost through our creativity. When it came to representing the modern Middle Eastern voice, we felt there was a real gap in social messaging platforms. From our loud families, endless cousin gatherings and shared meals, to signature phrases, fashion statements, football, shisha and late night shawarma runs – our lives are brimming with inside jokes and over the top emotions that needed a platform to be expressed,” explains Yasmine Rasool, Co- Founder, HALLA WALLA.

The app comes with several emojis, Gifs and stickers expressing every emotion, from angry, to happy to heavily in love – there is an expression for everyone. Introducing our Khaleeji family- Ahmed, Shaikha, Lulu and Waleed are all here to play so text, sms, email with thetailor made Emojis and say it with HALLA WALLA.

Further highlighting why HALLA WALLA was created, Eriko Varkey, Co-Founder, HALLA WALLA, adds, “Arabs have such a rich culture, but no emoticon to express online. In any situation – we use hand gestures, which are laden with emotion. So, to express that stress to hurry up when you are waiting hours for your friend to meet you at the coffee shop – what better way than by screaming YALLA! Hence the reason why HALLA WALLA was born.” The keyboard emoji on iOS and Android and sticker pack.

The launch of HALLA WALLA is set to take place on the 22nd of February at multi-use studio and event space Satellite located in Alserkal Avenue, Al Quoz. The party is ‘Khaleeji Childhood’ themed and will be dowsed with Middle Eastern nostalgia, boasting an exciting line-up of DJs, Street Food, Art and Tech related goodies.

Today PUBG MOBILE has announced a new partnership with YouTube Premium and Google Play, bringing players a whole host of exciting rewards. players will have the opportunity to claim a FREE YouTube Premium-themed gift bag including a 3-month trial of YouTube Premium, an exclusive 15-day limited edition parachute,1000 BP, and more. Additionally, PUBG MOBILE players can look forward to earning free gear, with new content available every month until May 28th,2022. Players will have an opportunity to claim exclusive permanent in-game items.

YouTube Premium gives viewers uninterrupted access to YouTube, where over a billion hours of video are watched each day! Experience ad-free viewing, download videos to watch offline and play videos and music seamlessly whether you’re on the move, using other apps or your screen is turned off.

Spotify Pulls the Plug on its Car View Feature

Spotify is taking away the Car View feature, a report says, just as users began to notice it unexpectedly missing. Car View, available through the Spotify app for iOS and Android, had a more streamlined interface and playback controls to make for a better way to play music while driving.

“We can confirm that we’re retiring the car view feature,” a moderator on Spotify’s forums wrote. “This, however, doesn’t mean we don’t want to improve on how our users listen to Spotify while driving. On the contrary, we’re actively exploring a variety of new ways to deliver the best in-car listening experience. Think of retiring car view as something that needs to happen in an effort to make way for new innovations coming down the track.”

The move was viewed with skepticism by some users, who have posited that the company is instead just trying to push its upcoming “Car Thing” program on users. Car Thing is an $80 smart device player, designed for use in cars, which isn’t available except for preorder in the U.S. as of right now.

The aforementioned moderator said on the forum that the company was looking for the best way to have an in-car listening experience. Spotify has not offered any alternatives as of press time, though a moderator has said users could make use of Google Assistant for hands-free music control, along with a Google Maps feature to allow for listeners to control music playback.

WhatsApp May Be Building a new Communities Feature

WhatsApp may be working on a new “communities” feature that allows group admins greater control. With the feature, admins will be able to create separate clusters of people within a group, who are tied to specific activities. For example – some people might be interested in movies, others in music, and group admins can filter them to specific communities.

Group admins can also invite other people into the community by using a link, which can be shared publicly or privately. Another thing to note is that you may not be able to interact with all groups within a community when you join.

The feature was first spotted by XDA Developers and now WABetaInfo has also seen evidence on a recent test build. This means that the feature has not hit Beta channels yet, and is currently being worked on. While unknown at this time, WhatsApp may also ship some advanced tools for group admins when it is released.

WhatsApp will also differentiate Groups from Communities using subtle design cues, like using a square profile image with rounded borders for Communities while maintaining the circular profile image for Groups.

Recently, WhatsApp announced a slew of new features that will roll out on the platform very soon. This includes new Undo buttons while editing images or video, an option to convert stickers into images, a new control bar for videos that use Picture-in-Picture (PIP), an option to enable notifications for reactions, and new privacy settings that gives you more control over your profile and info.