So What Does Snapdragon 835 Bring Along?
The Snapdragon 835 is made using the 10nm process and hence it is even smaller than its predecessor, the 14nm Snapdragon 821. This is really a huge achievement, especially since Samsung is the first manufacturer building the 10nm chips, even sooner than Intel and TMSC.

Most flagship smartphones in 2017 are expected to be powered by the new SoC. The smaller chip will spare room for other features, house a bigger battery, or just to make devices smaller and slimmer. Compared to the Snapdragon 821, the 835 has achieved 30 percent increase in area efficiency, 27 percent higher performance, and 40 percent less consumption of battery.

The more advanced design will give us a significant battery life improvement. The Snapdragon 835 also features Quick Charge 4 which could give our smartphones extra 5 hours of usage with just 5 minutes of charging, or reach 50 percent in 15 minutes. And the good news is that Quickcharge 4.0 is compatible with Google’s specs for USB Type-C charging.

The CPU is the Octacore Kryo 280, which includes four cores with 2.45GHz threshold and four with a 1.9GHz threshold. It also supports one 32-megapixel camera or 16-megapixel dual camera, Bluetooth 5, 4K Ultra HD premium video, and better VR experience with the Adreno 540 GPU.

The Snapdragon 835 also have dual camera capability built-in. The chip also comes with a bunch of security features called Qualcomm Haven – this capability allows you to bolster security in various ways. This includes keeping track of suspicious app behaviour and locking them down before they do any harm.

Do remember to take these benchmark results with a grain of salt. A reference device is not a retail product. Hence, it doesn’t have to worry about things such as  proper cooling or decent battery life. We will revisit the benchmarks once vendors start flooding the markets with finished smartphones running the Snapdragon 835 chip.

AnTuTu Benchmark v6.2.7
We ran the AnTuTu benchmark on the reference device running Qualcomm Snapdragon 835 chip and we came away surprised. The benchmark gave the performance crown to the 835 chip, as you can see below: 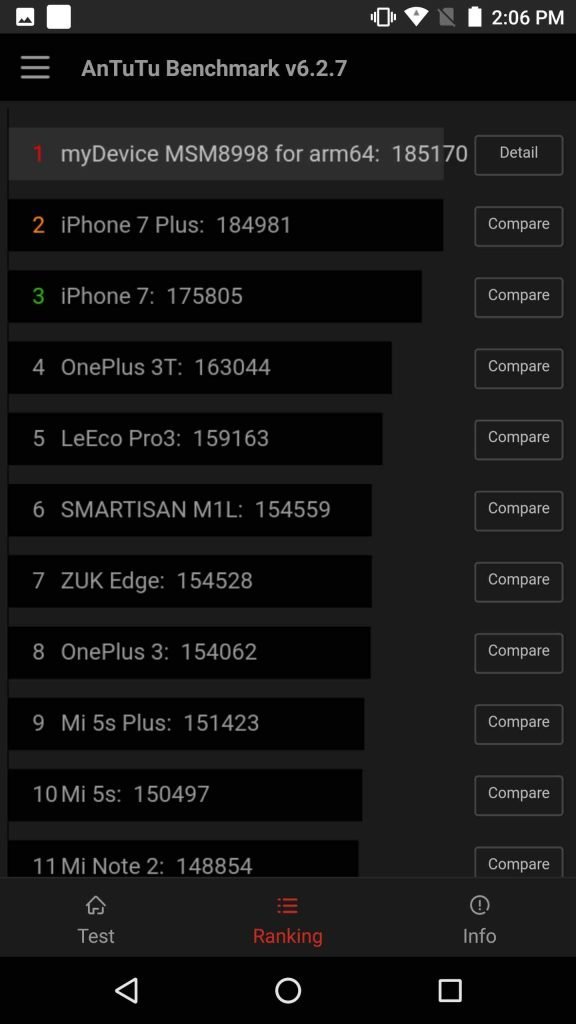 It’s even faster than the iPhone 7 and the iPhone 7 Plus. However the launch of the iPhone 8 is expected to be pretty soon – so this might all change. For now, according to the AnTuTu benchmarks, Qualcomm’s Snapdragon 835 is the king.

Geekbench v4.0
We also looked at Geekbench 4. This test covers single-core performance, which lets you know how fast a phone will feel in everyday tasks. We also ran the multi-core performance test, which checks out video and photo editing. 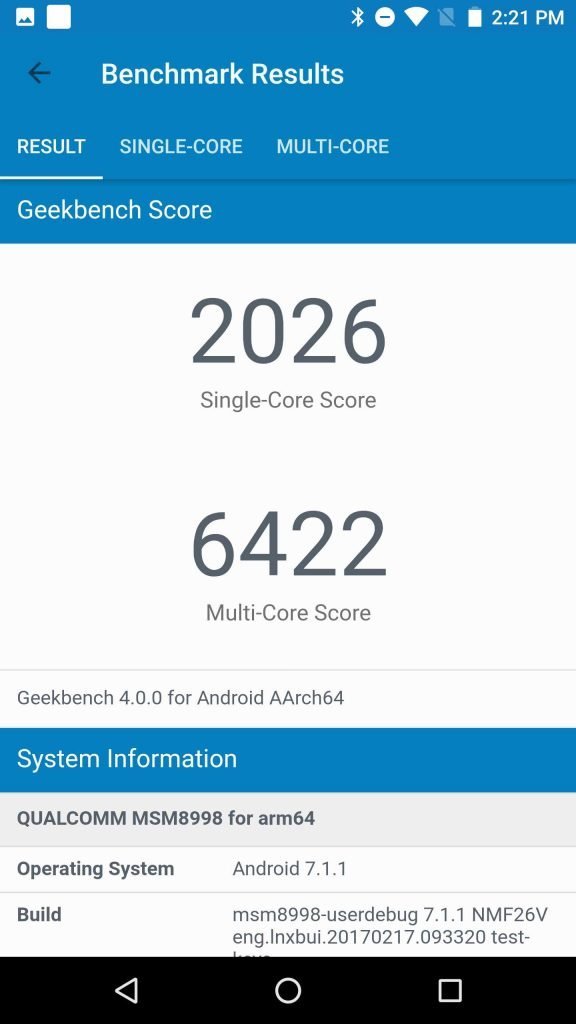 In terms of single-core performance, the Snapdragon 835 did an amazing job. The 835 also did well in the multi-core tests.

3DMark Ice Storm Unlimited
3DMark is a very popular graphics benchmark utility on desktops. However, recently, the mobile version has picked up steam. Here too, the Snapdragon 835 did a brilliant job of passing the tests with flying colours. 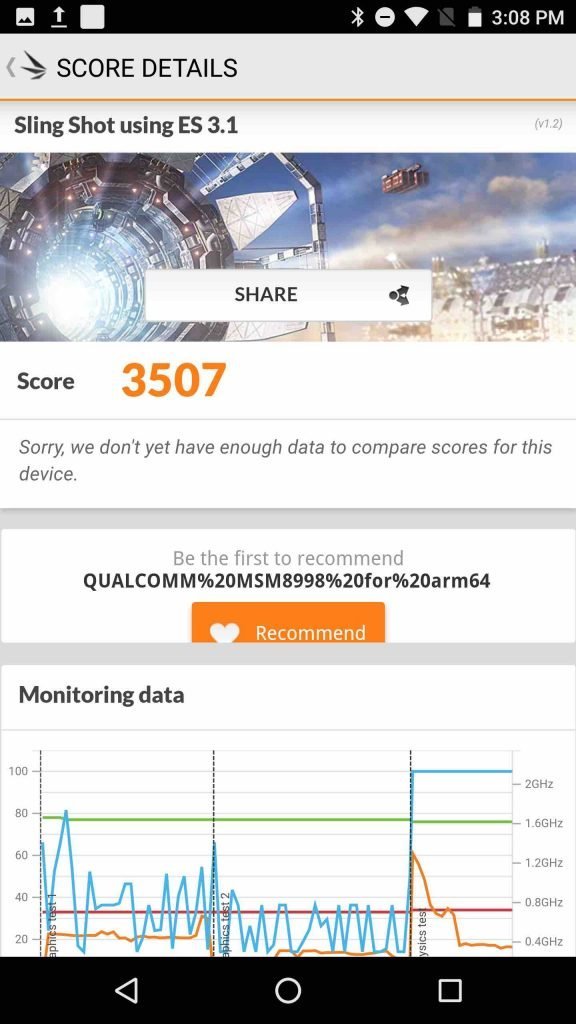 The Benchmarking Result Analysis
Overall, the Qualcomm Snapdragon 835 is an excellent performer.  Qualcomm deserves a pat in the back for opting to go with the 10nm process for manufacturing the chip. This will make the chip more efficient while doing the same work when compared to a Snapdragon 821.

In addition, the Adreno 540 is also considerably faster than the GPU in the 820-series Snapdragons. However, there are plenty of unknowns right now. The lower power consumption figures and faster charging are as-yet untested by us, and beyond raw performance, will be key when it comes to making a buying decision.

BMW Shows Off the Concept XM