Today, more than 400 million devices are running Windows 10. New innovations in the Windows 10 Creators Update will empower users with more tools to express the full range of their imagination, in whatever form it takes.  These new features include 3D, mixed reality, enhanced apps, improved security, and 4K gaming. 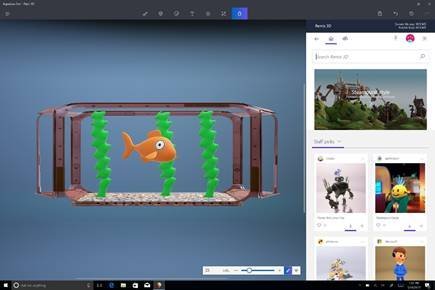 Yusuf Mehdi, Corporate Vice President, Windows and Devices Group, Microsoft, said “Creativity has led the inspiration of our world’s greatest inventors, architects, educators, entrepreneurs, and students, delivering advancements that move our world forward. Whether you sculpt in 3D or code, design new worlds or buildings, compose symphonies of music or science, or create ideas or possibilities – we want to empower the creator in each of us. We want Windows to be the place you love to create and play, with the tools to help you make your mark on the world.”

3D for Everyone
With the Creators Update, millions of Windows 10 users can now print, create and share in 3D, as well as get up close and personal with mixed reality. The new Paint 3D app makes it simple to create 3D objects from scratch, easily changing colors, stamping textures, or turning a 2D picture into a 3D work of art.

In addition, the Remix3D.com community has also been busy connecting creators since October 2016, helping them find new ideas and providing instant access to a growing library of 3D objects to customize, edit, and share.

These headsets will contain built-in sensors to enable inside-out, six-degrees of freedom, allowing for easy set up and free movement without the need for external markers or sensors in the wall. These devices will light up with new, immersive Windows Mixed Reality apps and experiences, which developers are creating on the recently available Windows Mixed Reality dev kits. With these new 3D and VR capabilities, millions of Windows users around the world will be able to seamlessly create and consume 3D content like never before.

A Faster, More Secure Way to Browse
Since the launch of Microsoft Edge in Windows 10, users have spent more than 63 billion minutes on the browser.  In the Windows 10 Creators Update, Microsoft Edge gets better at helping them do both with a completely new suite of tab management features, new extensions, as well as both a new bookstore and reading experience.

According the NSS Labs 2016 Web Browser Security Comparative Reports, Microsoft Edge blocks 9% more phishing sites and 13% more malware than Chrome, helping to protect user identity and information. In addition, since the Windows 10 Anniversary Update, Microsoft Edge is up to 24% – 43% more efficient than the competition for general purpose browsing, and lasts up to 23% – 69% longer when streaming videos.

The Creators Update will also bring more extensions to Microsoft Edge, letting users easily add new functionality to what their browser can do. We are excited to offer new extensions with this update such as Ebates, Intel TrueKey, Read & Write, Ghostery, RoboForm, among others. It is also the only browser that can play Netflix content in 4K Ultra HD resolution, bringing the crispest, sharpest entertainment for Windows 10 users. 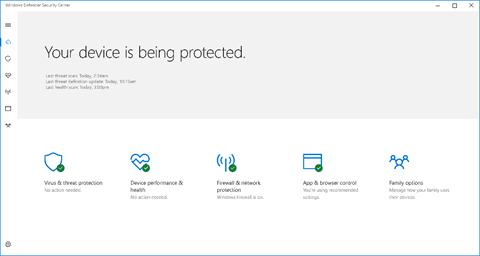 Comprehensive Security for Everything You Do
Windows 10 is the most secure version of Windows ever, and the Creators Update continues to broaden and deepen its security features. The new Windows Defender Security Center, for example, combines security and health options in one place so that it is easier for people to see and control Windows 10 device security and health options.

For enterprise customers, the Creators Update will continue to bring new tools and capabilities that help simplify IT – making it easier to better deploy, manage and support Windows 10 devices – and to help stomp security threats. 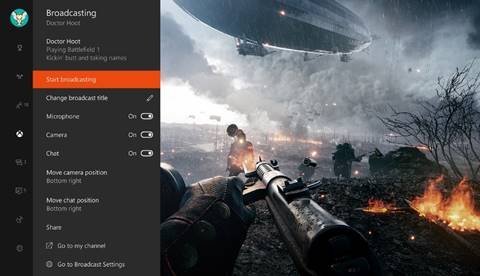 4K Gaming and In-Game Broadcasting
Gaming is one of the most popular activities on Windows 10 today, comprising over 32.5 billion hours of gameplay on Windows 10 since launch. The Windows 10 Creators Update makes it super easy for anyone to broadcast their gameplay on Windows 10 and Xbox One via the built-in Beam broadcasting technology. With Beam’s sub-second latency, new experiences are possible such as the ability for viewers to influence the gameplay or interact with the stream while it’s taking place.

Also built into the Windows 10 Creators Update is Game Mode, a new platform feature that dedicates more graphics and processor resources to your PC games. It works with almost any game, and provides on average more sustainable framerates for gamers.