For the first time, users can experience the epic stories of the undead saga that started it all for Activision’s Call of Duty, together in one package: Call of Duty: Black Ops III Zombies Chronicles releases on May 16. The game will release first on the PlayStation Network for PlayStation 4 and includes eight of the most beloved Zombies maps from previous Treyarch-developed Call of Duty games.

Maps include World at War, Black Ops and Black Ops II. The maps have been completely remastered from the ground-up, delivering many of the classic, thrilling Zombies origins storylines with stunning visuals, enhanced audio and new gameplay, all updated for today’s generation of consoles.

“Call of Duty’s Zombies has earned a special place in our hearts through its deep, layered gameplay, imaginative storylines and its compelling waves of action, which spans multiple titles,” said Rob Kostich, EVP and General Manager of Call of Duty, Activision. “We’re excited to share with fans these incredible moments in one comprehensive offering, available together on current generation hardware.”

What began as an Easter egg unlock for completing the campaign in Call of Duty: World at War, has grown into a fan-favorite third mode with a hardcore community of fans. “Zombies Chronicles is really about the community that made Zombies what it has become today,” said Jason Blundell, Co-Studio Head, Treyarch. “Together, we’ve been slaying the undead for nearly ten years, across different game consoles, and Zombies Chronicles is really about bringing all of those fans together. If you played these maps before on previous consoles, you’re getting a new, stunning and challenging experience – if it’s your first time, this is eight definitive experiences of our Zombies storyline, all in one place.” 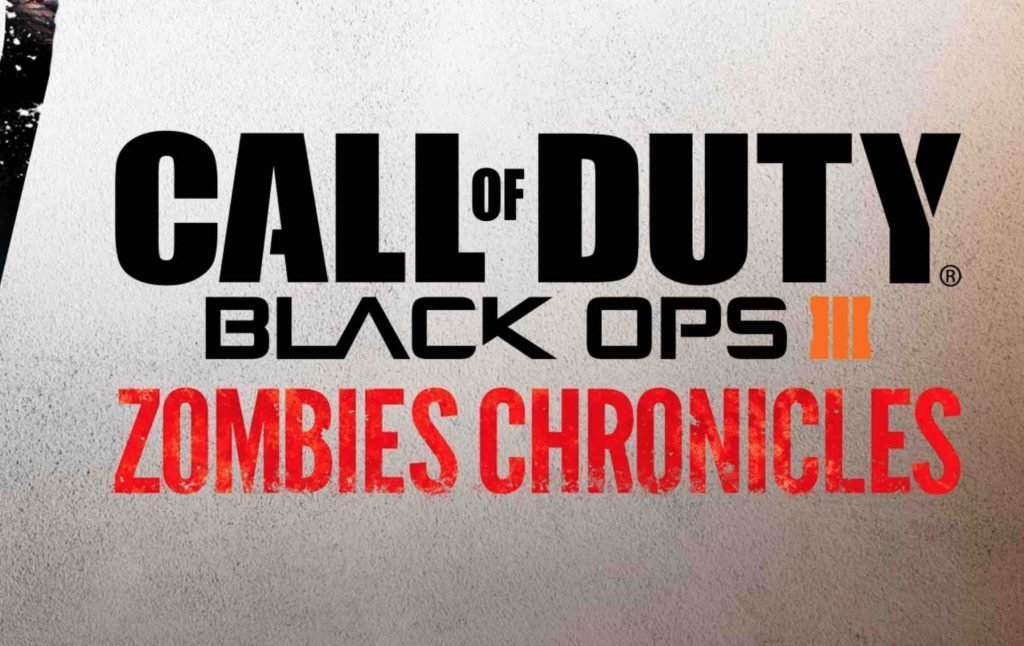 Call of Duty: Black Ops III Zombies Chronicles is an unparalleled Call of Duty Zombies collection, taking players through the beginnings of the original saga in true HD. It features the classic characters that fans have come to know and love, as well as the deep storylines that made Zombies so popular. The collection adds vibrant current-generation visuals, enhanced lighting, revamped character models and environments, and updated AI and audio systems.

To celebrate launch day on May 16, Activision and Treyarch will kick off the “8 Days of the Undead,” during which players of Black Ops III on all platforms. Players of Black Ops III Zombies Chronicles on PS4 will be able to earn double XP rewards, engage in community challenges, and receive a host of free exclusive content. This includes a Zombies calling card, weapon camo, new Gobble Gums and a PS4 theme.

CORSAIR has today launched a compelling new addition to its gaming headset lineup: the HS55 WIRELESS CORE. This stylish headset boasts two ways to connect to your audio via low-latency 2.4GHz wireless or Bluetooth. Thanks to its lightweight construction along with plush memory foam ear pads, the HS55 WIRELESS CORE delivers essential all-day comfort and great wireless sound.

The HS55 WIRELESS CORE offers superb versatility to connect to a plethora of devices, including PC, Mac, or PS5 with low-latency 2.4GHz wireless and a strong, unwavering wireless signal with up to 50ft of range. In addition, Bluetooth enables you to listen on tablets, mobile devices, and more with ease. Thanks to 24-hour battery life, you can enjoy all your game audio, music, and media untethered from cords, and fast charging allows 6 hours of playback with just 15 minutes of charging.

The lightweight HS55 WIRELESS CORE is perfect for all-day, all-night audio. Leatherette memory foam ear pads surround you in plush comfort, and an adjustable headband lies easy on your head for hours of cushioned listening. On-ear audio controls place volume, mute, sidetone, and EQ preset adjustments at your fingertips, so you can fine-tune your headset without interrupting your game.

The HS55 WIRELESS CORE delivers the crucial incoming and outgoing audio performance gamers need to communicate effectively. A pair of high-quality, custom-tuned 50mm neodymium audio drivers create excellent sound with the range to hear everything on the battlefield, including support for Tempest 3D Audio on PS5. Confidently direct your team with an omnidirectional microphone that captures your voice loud and clear, or flip the mic up to mute yourself instantly.

The CORSAIR HS55 WIRELESS CORE gaming headset is backed by a two-year warranty, alongside the CORSAIR worldwide customer service and technical support network.