Studio Wildcard, creators of the multi-million unit selling dinosaur title ARK: Survival Evolved, along with distribution partner Solutions 2 GO Inc., announced today that the groundbreaking survival-adventure game is in final production and is set for retail and digital worldwide launch on August 8, 2017, for Xbox One, PlayStation 4, PC, Mac and Linux. The title is  now available for pre-order from select retailers, including a limited-supply Explorer’s Edition with Season’s Pass. 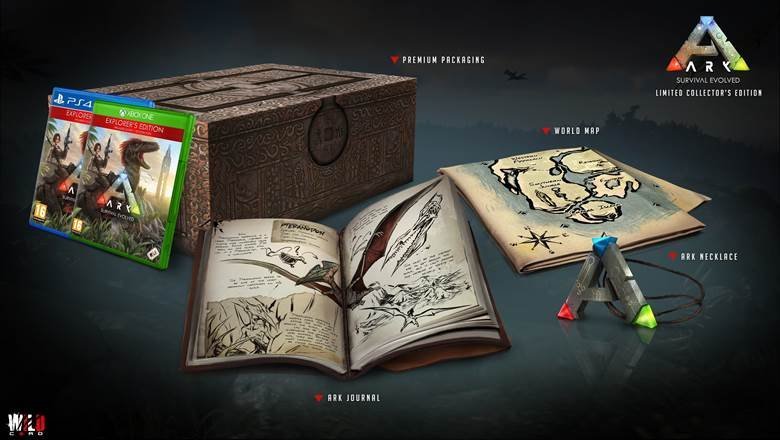 “During the past two years, millions of ARK players have built gigantic bases, captured and trained armies of dinosaurs, crafted armories full of weapons and eaten billions of pounds of Jurassic creature-kabobs. With their help, we’re about to reach the completion of core content for ARK:Survival Evolved and release the full game to the world! This is just the beginning of the next phase of our journey,” said Jeremy Stieglitz, Co-Founder and Co-Creative Director of Studio Wildcard.  “For those players who were excited with every update during Early Access, ARK’s going to become even more fun with surprise new content at launch & beyond, as we will continue to have a staggering amount of additional gameplay, creatures, and story elements in the works.”

ARK: Survival Evolved is currently the best selling game in the history of Steam’s Early Access program, and after just two years in development it has amassed a loyal following of nearly 9 million players. Powered by Unreal Engine 4, ARK: Survival Evolved takes on the survival genre with a unique blend of emergent multiplayer cooperation and competition. Players awake stranded and starving on the beach of a mysterious island among a herd of other confused humans.

On ARK, they must then hunt, harvest, craft, research technology, and build shelters to protect against scorching days, freezing nights, volatile weather systems, dangerous wildlife, and potential enemies. Tame, train, ride and breed one of 100 amazing dinosaurs and other prehistoric beasts, including gargantuan creatures on a scale never before seen in video games! Fly a Pteranodon squadron over the snow-capped mountains, race through the deep jungle with your pack of trained Raptors, tromp through a fortified enemy base along a convoy of gigantic Brontosaurus, or chase down prey on the back of a raging T-Rex.

In the Asia, S.E Asia, Middle East and Africa there are three ways to get your dino-fix with ARK: Survival Evolved, all of which are now available to pre-order for PlayStation 4 and Xbox One platforms.

ARK: Survival Evolved
This base game includes everything a burgeoning Jurassic adventurer needs to get started in the world of ARK. It’s the core game, and all free content released up to this point, offering up hundreds of hours of gameplay to players.

ARK: Survival Evolved – Explorer’s Edition
The Explorer’s Edition takes the base game, and adds even more – introducing a Season Pass that will grant access to all expansion packs, starting with Scorched Earth (available now) and including more packs launching later this year and into 2018.

Solutions 2 GO Inc. is the exclusive worldwide distribution partner for ARK: Survival Evolved and is the primary distributor to retailers in North America, Latin America and South America, with sublicenses to the following companies around the globe:

Available in 38 (model 38GL950G) and 27-inch (model 27GL850) screen sizes, both UltraGear Nano IPS monitors feature fast 144Hz refresh rate, high screen resolutions (38GL950G: 3840 x 1600, 27GL850: 2560 x 1440) and wide color gamut (DCI-P3 98 percent) for incredibly vibrant, flicker-free detailed images. The larger monitor is designed to increase gamers’ sense of immersion with its 21:9 aspect ratio, curved screen, virtually borderless design and the upgraded Sphere Lighting 2.0, RGB lights on the back of the monitor that heighten the ambiance when gaming by altering the colors of the lights to match the on-screen action.

The 27-inch UltraGear is NVIDIA G-SYNC compatible and supports HDR10 while the larger 38-inch model supports both NVIDIA G-SYNC processor, VESA DisplayHDR™ 400 and is certified by NVIDIA through over 300 tests for performance and image quality to provide a great gaming experience. Both monitors deliver smooth motion without tearing or stuttering and include gamer-specific settings such as Dynamic Action Sync mode, Black Stabilizer and Crosshair for ultimate accuracy, especially in FPS games.

LG UltraGear Nano IPS gaming monitors are set to roll out next month, with pre-orders for model 27GL850 commencing in the United States on July 1 with availability in key European markets in the third quarter of this year.

Atari has been teasing a new game console since before E3, but the project has been light on details. But an email to fans from the Ataribox team gives a little bit more insight into what’s coming, including a few images. 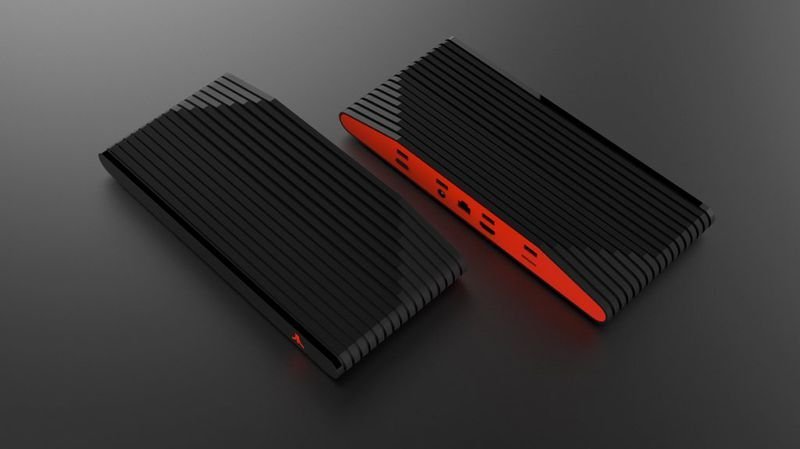 “Our objective is to create a new product that stays true to our heritage while appealing to both old and new fans of Atari,” the email said. “Inspired by classic Atari design elements (such as the iconic use of wood, ribbed lines, and raised back); we are creating a smooth design, with ribs that flow seamlessly all around the body of the product, a front panel that can be either wood or glass, a front facing logo, indicator lights that glow through the material, and an array of new ports (HDMI, 4xUSB, SD). We intend to release two editions: a wood edition, and a black/red edition.”

Check out the video below:

It touched on the ports adding a modernization to the guts of the new unit, adding that the console will offer “classic gaming content” alongside “current” content. 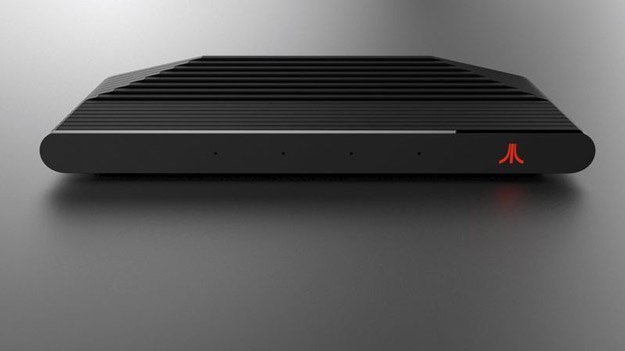 It sounds like the NES Classic coming from Nintendo, although the email did not explain whether that meant new games or remasters of older ones from the Atari library. 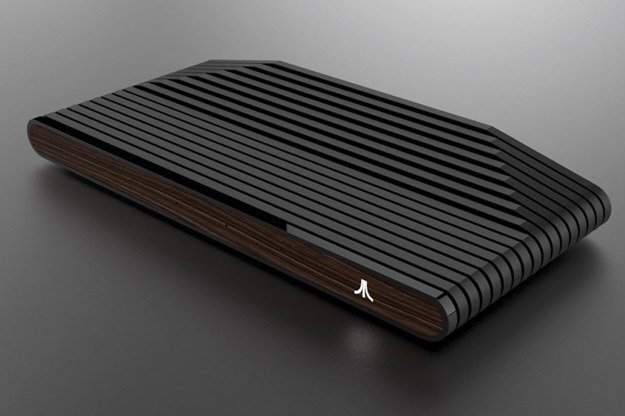 Atari is still being coy with the actual specs, the games, the pricing and a release date. OK, it’s being coy with everything else, but it is promising to share things one step at a time because it wants “to get this right” for fans. 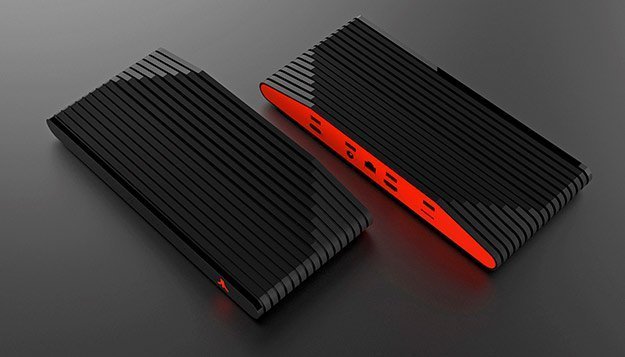 It said it has plenty of milestones to hit in the months ahead, and promises status updates as things progress.